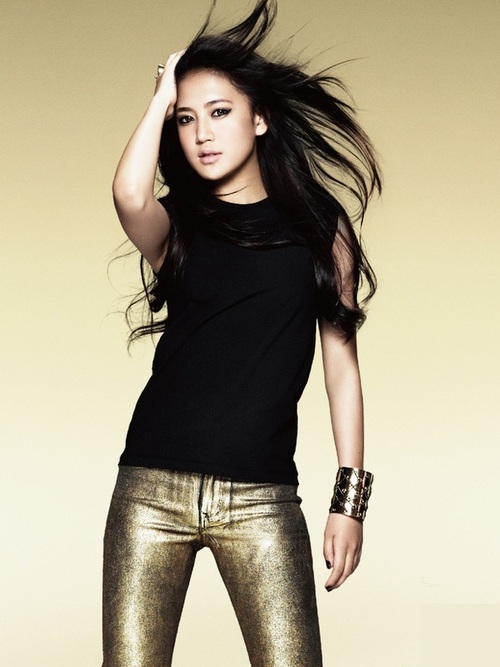 Fujii Karen (藤井夏恋) is a vocalist and performer of the Japanese pop vocal and dance unit Happiness and collective group E-girls.

She got scouted in her homeplace, Osaka, and entered the entertainment industry. While belonging to the office in which she got scouted, she participated in EXILE’s dance competition and started to attend the famous academy EXPG, studying both dancing and singing.

She began to become an active model for the fashion magazine “nicola” in the February, 2009 issue. In the spring of 2009, it was decided that she would become a member of the LDH unit Happiness among other EXPG students, and her official stage name became KAREN. In 2013, she changed her stage name to her birth name.