Today was a doozy around the world in the stock markets as Greece’s resistance sent a thunderbolt that shook the world markets.    In Japan, the Nikkei fell by over 500 points, while other countries like Canada’s TSX fell over 300 points, and the effect was felt around the world.  The trend may continue as analysts are more concerned about Greece and its abstinence from working on the new deal options, however, other markets seemed to show a greater increase, including the digital currencies like Bitcoin and Litecoin:

The Yomiuri Shimbun continues it around-the-world flight, on wings of light, that is made of propellers, and uses natural forces to fly.

The New National Stadium has finally achieved a price point of 252 Billion Yen, which will make it one of the most expensive capital investments.  The new stadium’s budget increased from 162 Billion to the new price after a reclining roof was factored in, and other enhancements came into play.  The two large arches will still be in the design, and it expected to be open in May, 2019.

Head-Lice on the rise!   Here are some preventions tips! 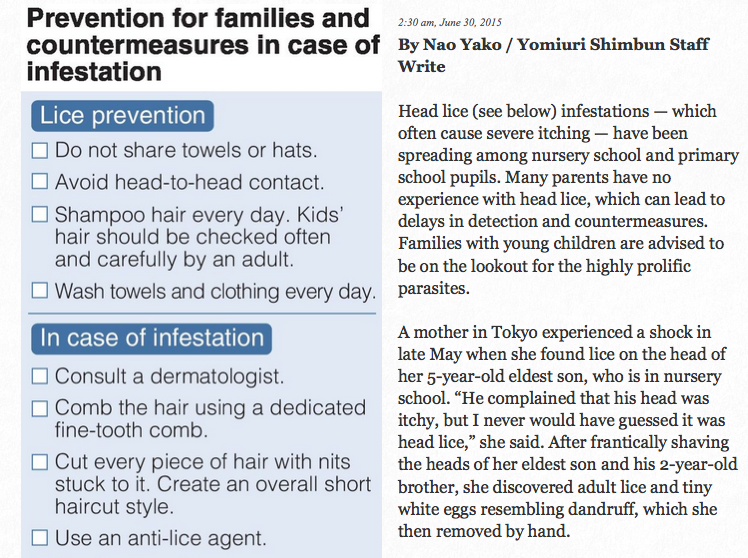 Today’s weather is a mix of sun and clouds, hovering around 24-25.

Models of The Month – June